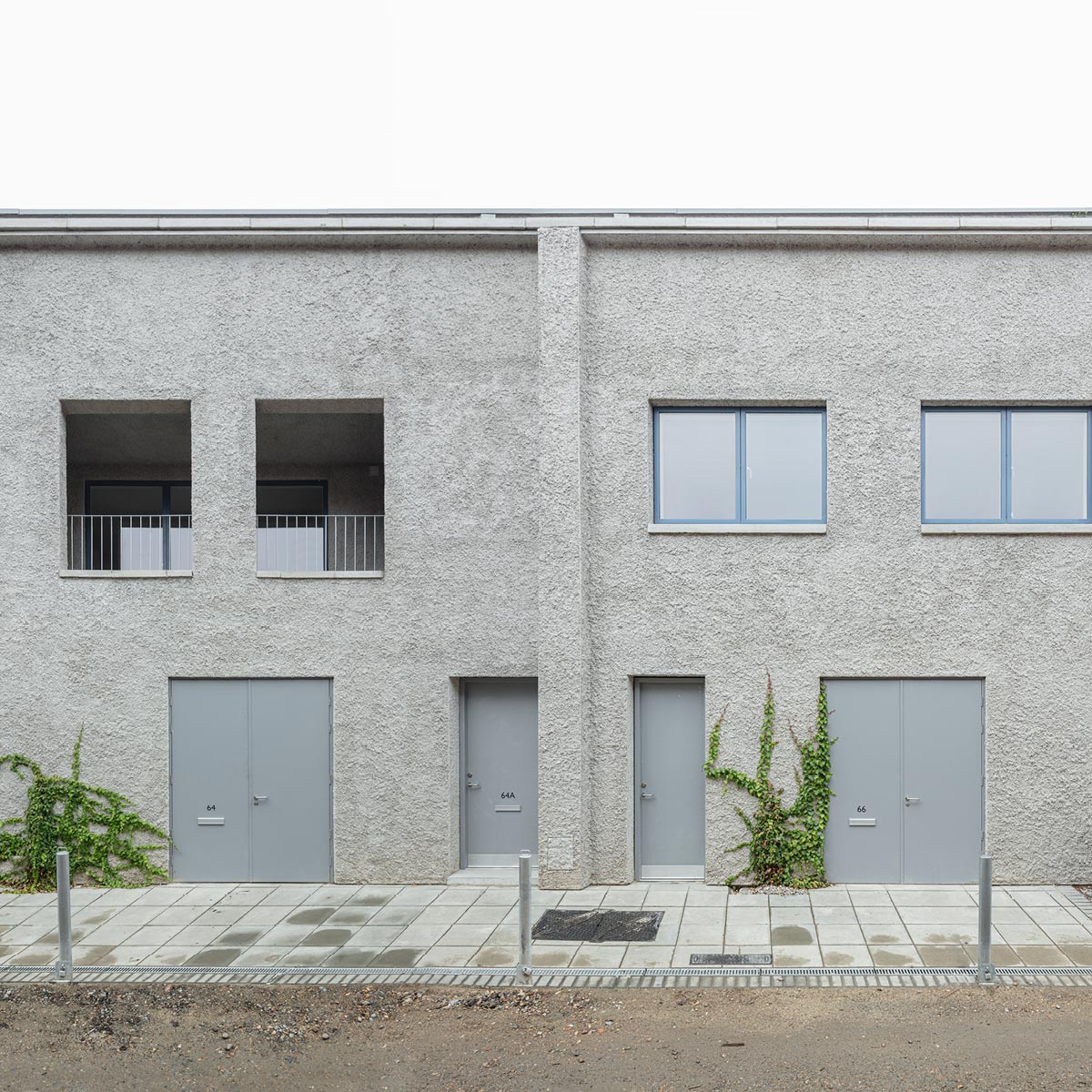 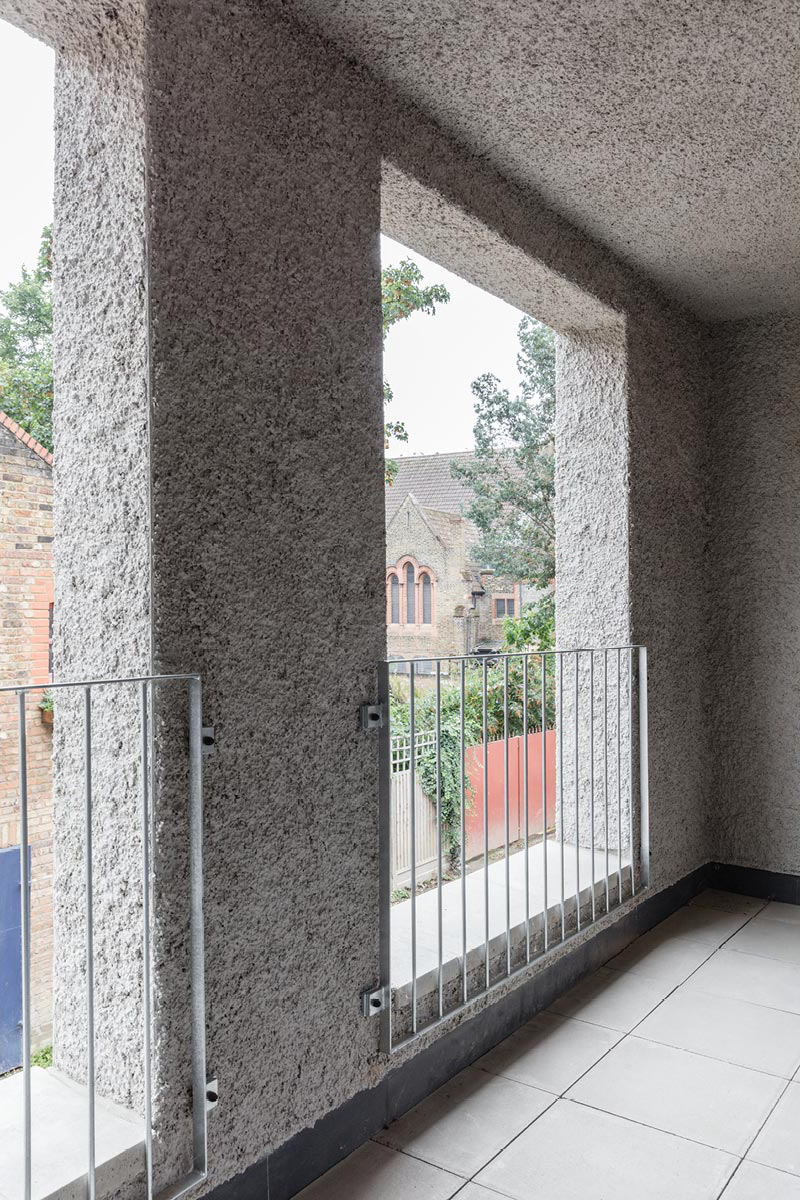 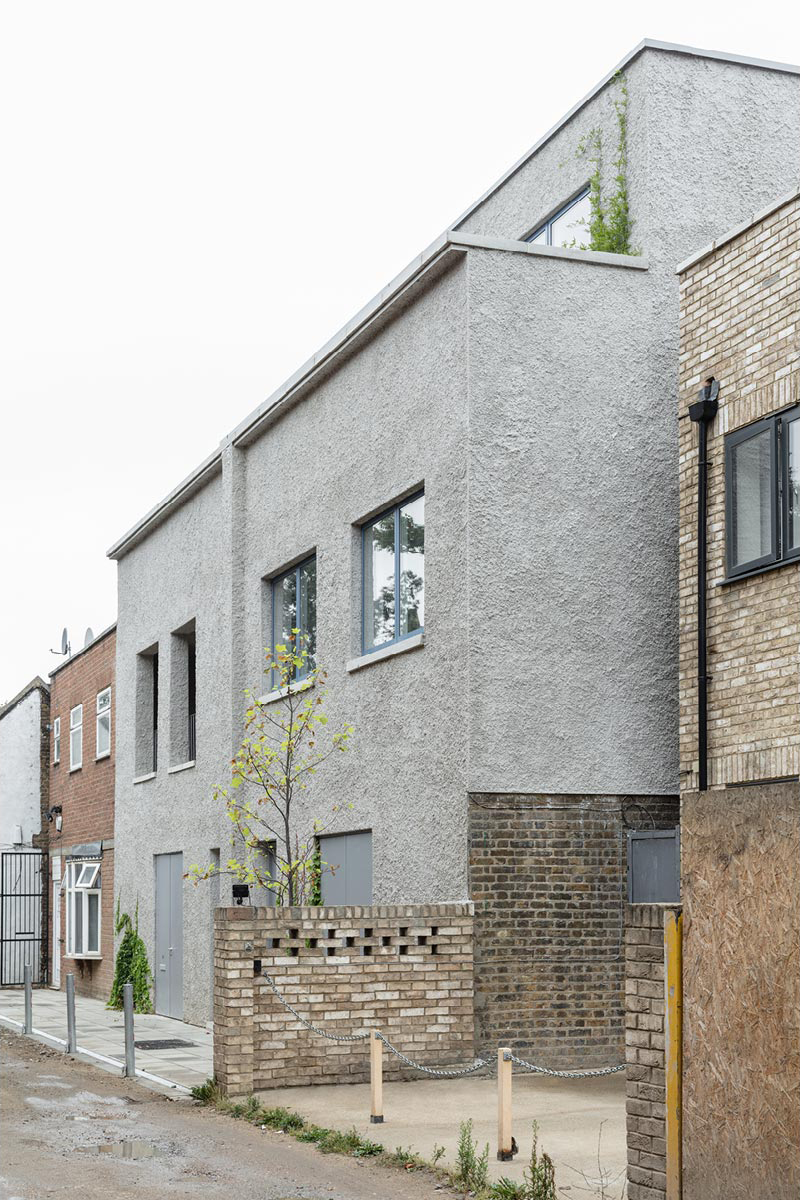 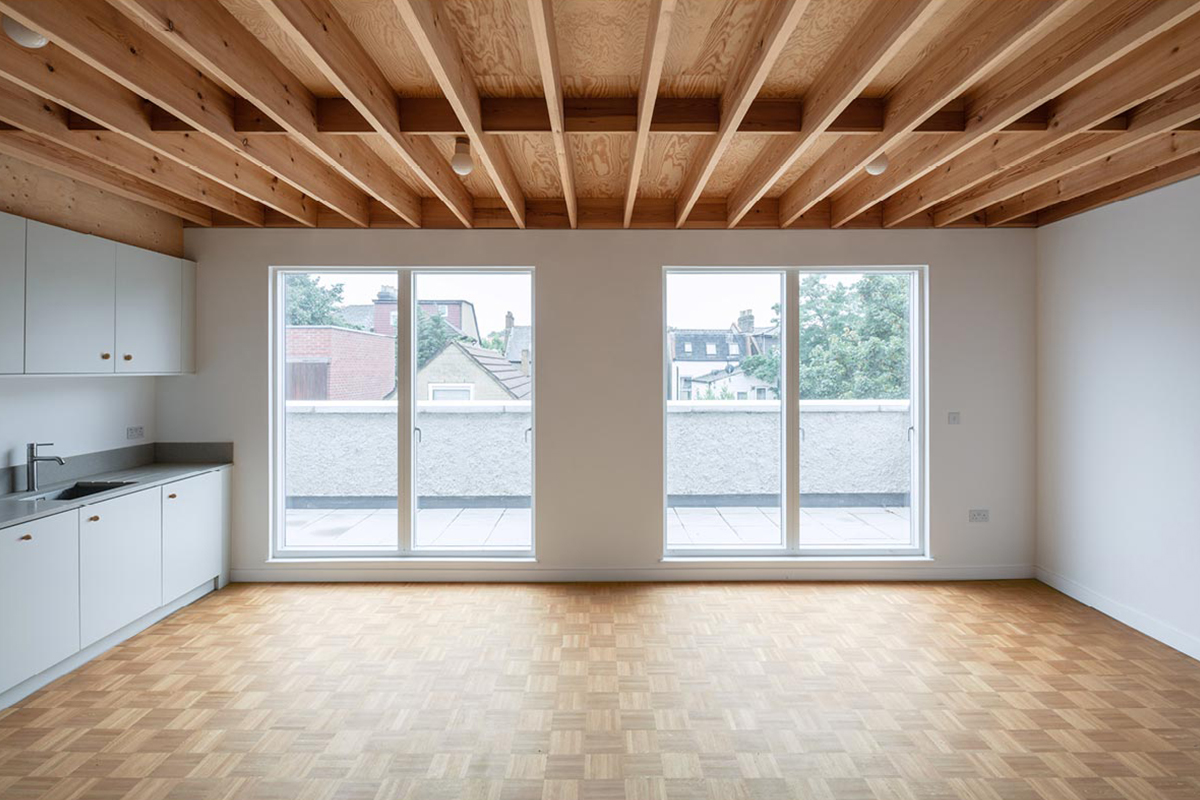 Sprowston Mews first appears on maps in 1863. Today it contains an increasingly rare mix of activities for a London site: from car repair workshops to light industrial businesses. It has also provided small-scale development opportunities that are absent or unaffordable elsewhere.

The project redevelops an existing two-story furniture making workshop. Ground floor workshops are retained and a new setback rooftop added. The four 90-sqm flats are arranged around a tiled central staircase, which incorporates an existing concrete stair. The new second floor is formed in timber frame construction to minimise loading on the existing structure. On the interior of the upper flats this timber structure is fully exposed as a ceiling array of redwood beams and blocking.

Each flat has south-facing living/kitchen areas, which open onto the mews. Bedrooms are arranged to the rear, overlooking a quiet, shared back garden. The flats are planned around a central room, which provides flexibility and can be used for living, additional sleeping space, work or play.

The front elevation consists of two paired openings: one vertical, the other horizontal. The vertical pair forms an external loggia for the western flat, creating a sheltered, south-facing outdoor space. This contrasts with the horizontal windows of the adjacent flat. Between the paired openings is a central projecting column, concealing rainwater pipes and expressing the internal organisation of the building.